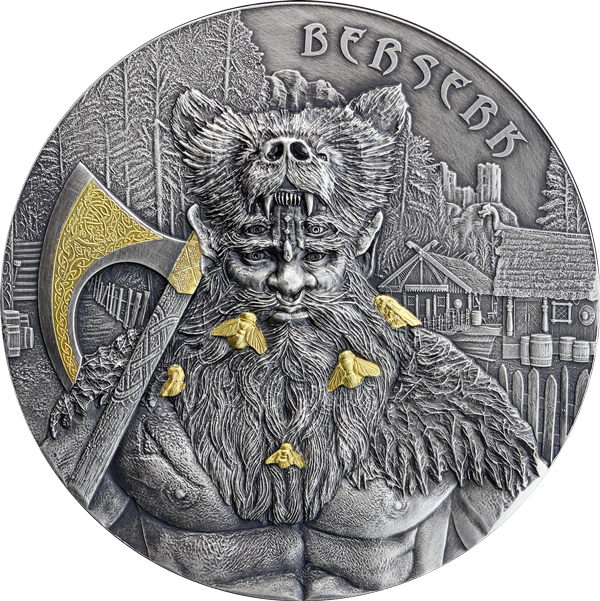 Berserk is known for his mad courage and great strength, the invincible Odin’s protégé. His most terrifying attribute was a battle frenzy, in which he entered before the battle with the use of alcohol or hallucinogenic mushrooms. During this rampage the warrior drank human blood, screaming like a wild beast, bit his shield and his mouth was blowing foam. In the wild fury he was convinced that he was resistant to steel and fire and that nothing could hurt him.

In battle Berserk attacked everything he encountered without distinguishing between a friend and an opponent, wreaking havoc upon the ranks of the enemy. He approached for battle without armor, wearing only a skin of a bear, a wolf or a wild boar. On the one hand, it emphasized his wild nature, and on the other hand, he helped his allies to keep their distance when he was in a fury.