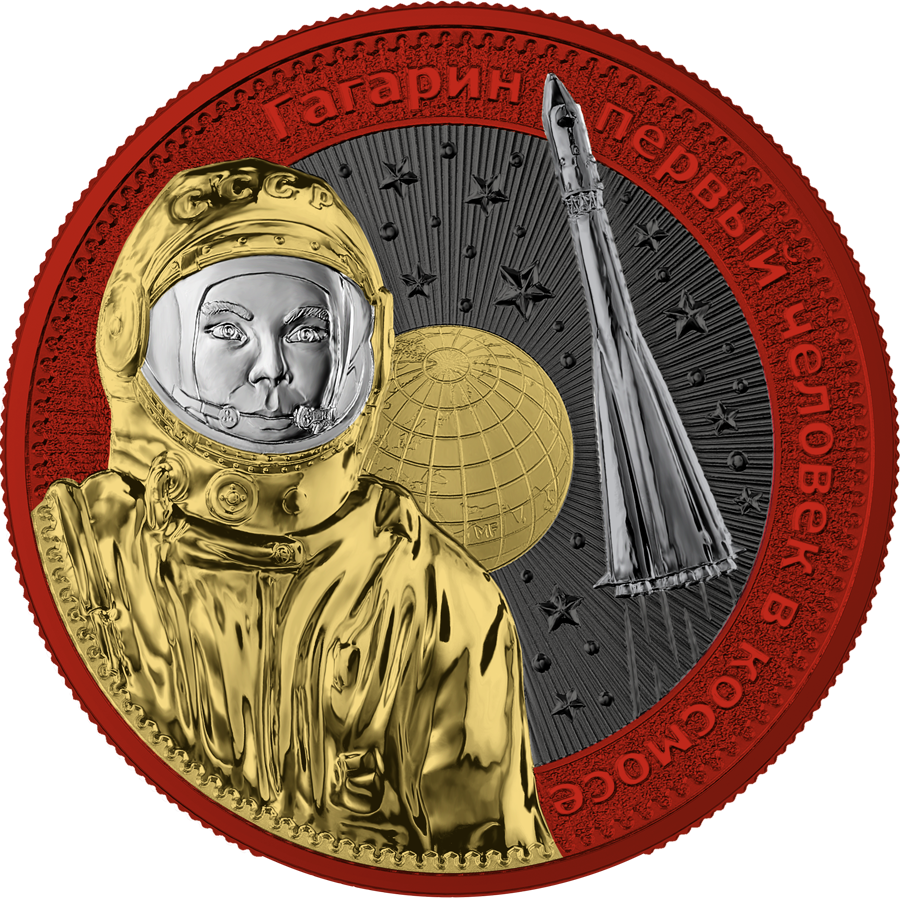 Yuri Gagarin flew only one cosmic mission, but in 1961 he made history as the first man in space. The 60th anniversary of this historic event is celebrated with the Gagarin 1 oz Silver BU commemorative round. Struck by Germania Mint for the Red Star project, it is the first one from the new Interkosmos series, presenting the achievements of the Soviet space program.

We present the special edition of 607 ennobled and numbered medals – Interkosmos: Gagarin Orbital 1 oz Silver BU, which refers to the Vostok 1 rocket launch time at 6:07 AM.