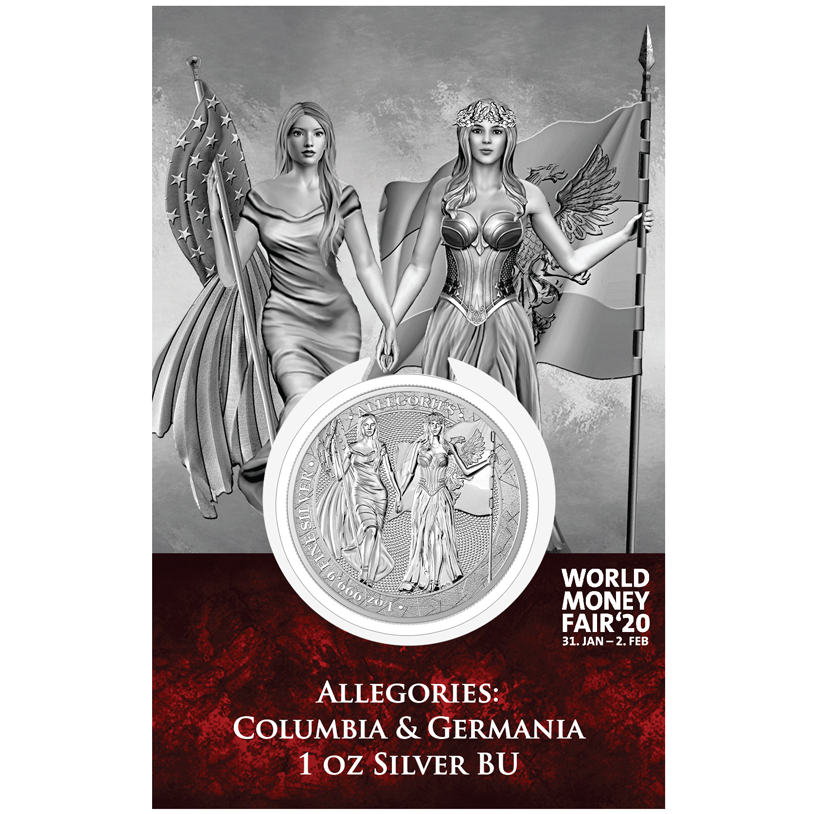 Obverse
Germania Mint presents a modern interpretation of both poetic personifications of America and the ancient Germanic land. In the second chapter of The Allegories, the feminine symbols of the United States and Germania walk together towards the future, symbolizing the common European past and tradition.

Reverse
The symbolism included in this design represents the moral principles and noble values, which are relevant till today.
A wreath of oak leaves symbolizes loyalty, stability and national unity. In the past, only people who wielded enormous power – spirit, muscle or magic, could wear it.

The crown in heraldry is a symbol of authority and nobility or chivalry as well. The above mentioned symbols correspond directly to values represented by Germania and Columbia. Please take into consideration that following coat of arms is a figment of imagination and it does not represent any noble family or kingdom.

Because Germania is a historical land and has never been an official country, we decided to create our own interpretation o its coat of arms.