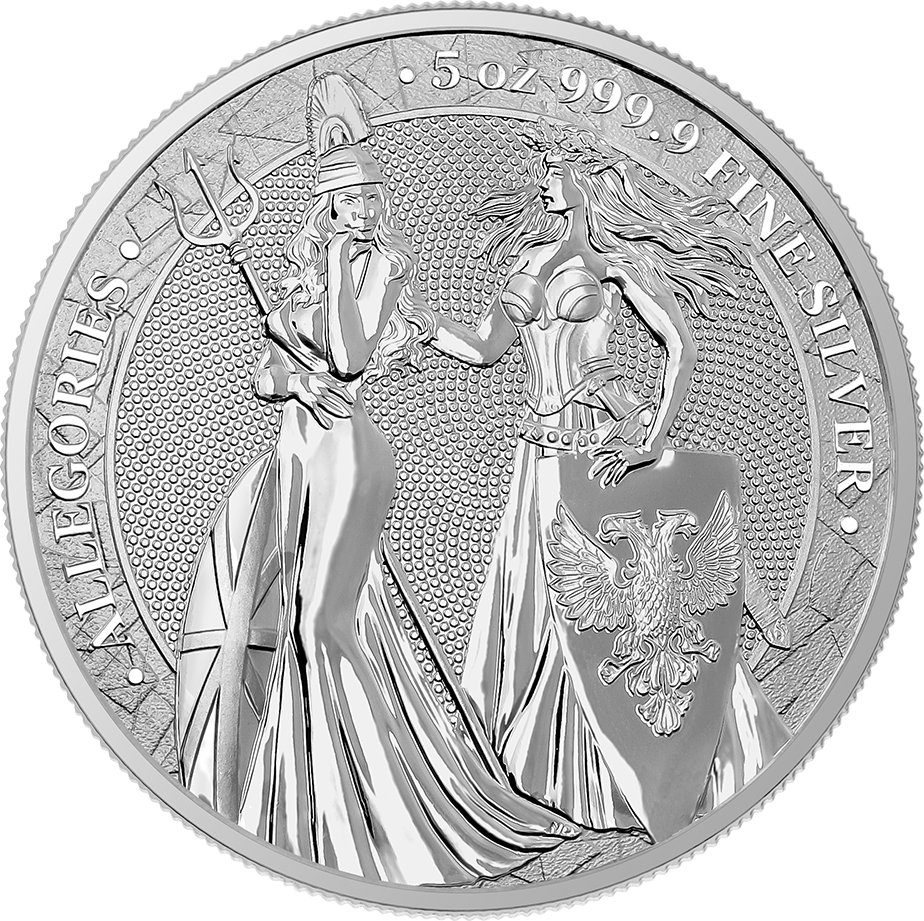 For the first time in the history of numismatics, on the subsequent coins of the Allegories series, Germania will “meet” with legendary national personifications in symbolic circumstances.

The first coin from the Allegories features a personification of two historical lands: Germania and Britannia. On earlier coins Germania has preserved a laurel wreath with a shield. This time her sword rests at peace in a scabbard attached to her waist and she reaches out her hand in a sensitive gesture to Britannia. So far Lady Britannia was presented as a beautiful and thoughtful woman. On the new coin she is surrounded by her characteristic attributes – a Roman helmet with a plume, a shield and a trident, which refers to the former maritime power of her land. We can search for symbolism of these two Amazons in the historical context as well as in the current events…

The crown in heraldry is a symbol of authority and nobility or chivalry as well. The above mentioned symbols correspond directly to values represented by Germania and Britannia. Please take into consideration that the following coat of arms is a figment of imagination and it does not represent any noble family or kingdom.