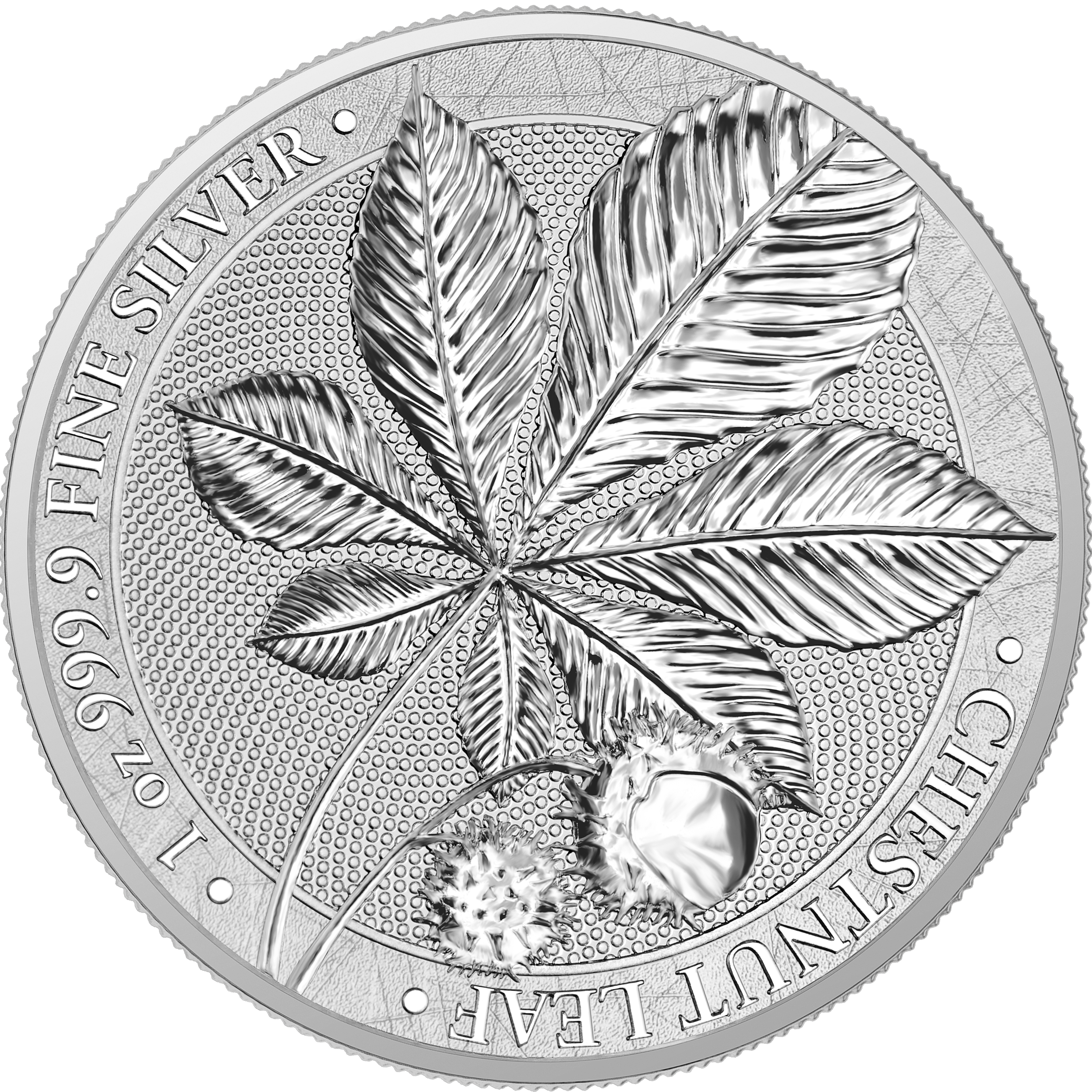 We are pleased to present the second coin from the Mythical Forest series –  2021 Chestnut Leaf.

Chestnut is a very popular tree,  planted in Europe by Roman armies. Mythology and the history of magic abound of miraculous recipes and advice on how to use almost every part of it. Its fruit symbolizes chastity and it’s believed that chestnuts increase fertility and desire, which is why it is carried by women who want to conceive. Chestnut wood is known for properties that bring success and love. Druids used it to create talismans because the physical connection allowed the user to derive longevity and invigoration from the wood. Chestnut is a beautiful and powerful tree. Its power can be easily seen by sitting on the ground next to it and allowing its energy to clear the mind.

Germania Mint has placed the design of chestnut leaf and its fruits on the gold and silver coins, to help bring good luck and happiness to its owners.

The two-headed eagle is the symbol appearing in Roman mythology associated with Janus – the god of all origins, guardian of doors, gates, passages and bridges, the patron of allied agreements and arrangements. The head turned in opposite directions symbolizes the past and the future. The lightning held in the claws of the eagle are a divine attribute, symbolizing strength and the power of creation and destruction.

All our coins are certificated. The COA included in every set provides all the necessary information and guarantee coins value.