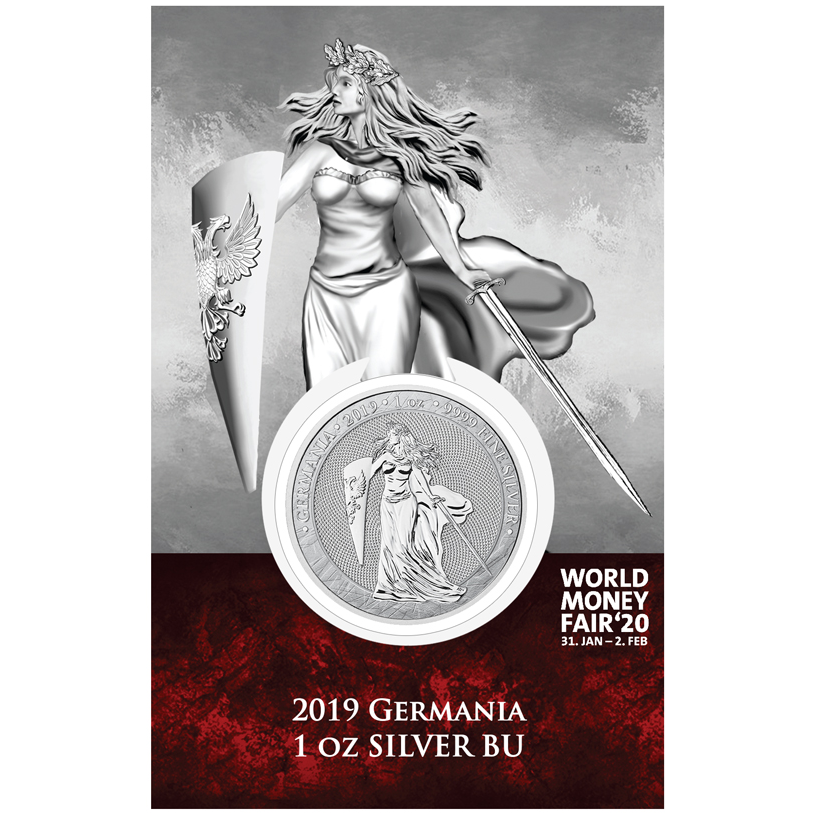 Reverse
The two-headed eagle is a symbol appearing in Roman mythology associated with Janus – the god of all origins, guardian of doors, gates, passages and bridges, the patron of allied agreements and arrangements. Heads facing the opposite symbolize the past and the future. The lightning bolts held in the claws of an eagle are a divine attribute, symbolizing strength and the power of creation and destruction.