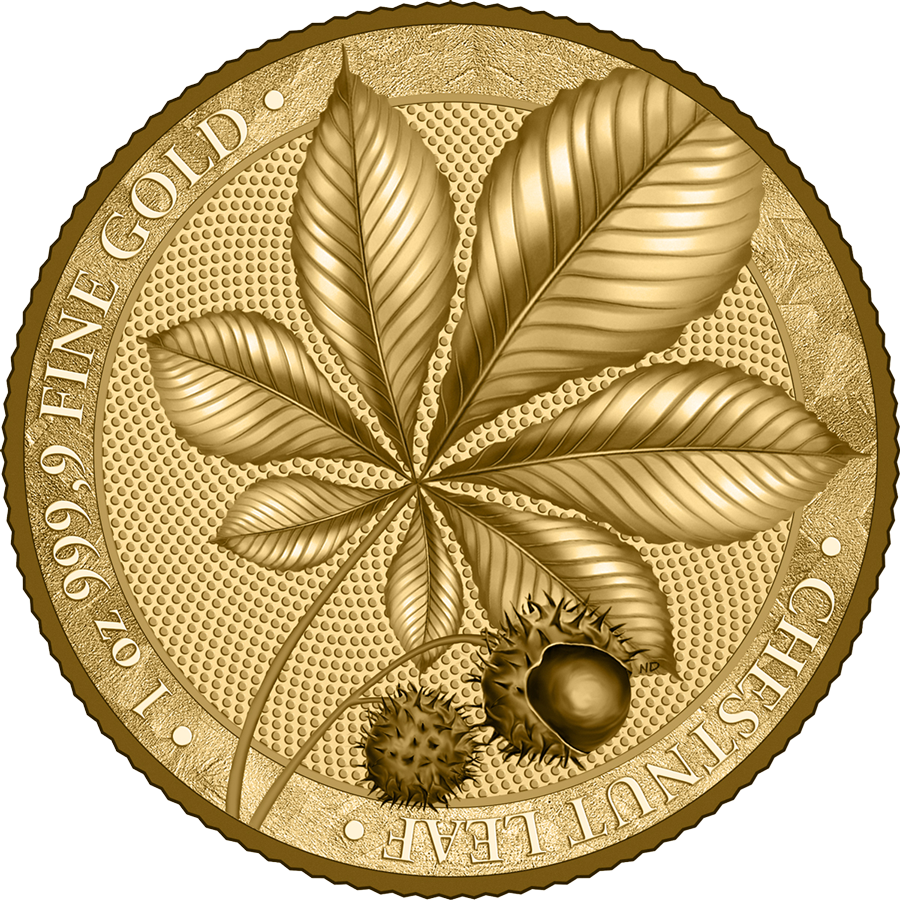 Obverse:
We are pleased to present you with the second coin from the series “Mythical Forest: 2020 Chestnut Leaf”.
In European mythology chestnut symbolized human life. To this day, the tree’s fruits are attributed with a wide spectrum of healing effects. In witchery, it is considered that after eating, chestnut encourage fertility and desire
and that it can be used by women who want to conceive as a charm on men. Chestnut wood can be used to create talismans for justice, success and to gain human sympathy and favor, while keeping chestnuts around the house encourages abundance.

Reverse:
The two-headed eagle is a symbol appearing in Roman mythology associated with Janus – the god of all origins, guardian of doors, gates, passages and bridges, the patron of allied agreements and arrangements. Heads facing the opposite symbolize the past and the future. The lightning bolts held in the claws of an eagle are a divine attribute, symbolizing strength and the power of creation and destruction. With the Oak Leaf we present a refreshed image of the effigy of Germania Mint.